Santa Lives in the Hearts of Children. 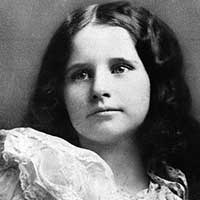 Don’t believe in Santa Claus? Today such doubts are quickly put to rest: we have video feeds from his workshop1 and NORAD gives real-time updates on his Christmas Eve travels, see NORAD Santa Tracker.

But children of an earlier age had to rely on faith alone. And for generations their trust could draw sustenance from the efforts of a most unlikely pair: an eight-year-old girl and a middle-aged journalist. Together they created one of our most treasured holiday traditions and an enduring statement of eternal values.

The Big Question. The younger member of the team was Virginia O’Hanlon. She grew up on Manhattan’s Upper West Side and by her own account lived for the months from her birthday in July to Christmas in December. Shortly after her eighth birthday she heard troubling rumors that Santa wasn’t real.

Virginia’s father said you can always find what you want in the New York Sun; her mother sometimes wrote to the paper’s editors. So Virginia asked the Sun about Santa:

“Dear Editor — I am 8 years old. Some of my little friends say there is no Santa Claus. Papa says ‘If you see it in The Sun it's so.’ Please tell me the truth, is there a Santa Claus? — Virginia O’Hanlon, 115 West 95th Street”

The letter is undated, but Virginia later recalled sending it sometime after her July birthday. Her dad cautioned that she shouldn’t be disappointed if she didn’t get an answer, after all he said, “a newspaper has no time to waste on a little girl.”3 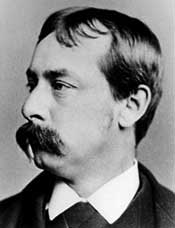 An Immortal Answer. Across town Virginia’s letter arrived at the Sun. Managing editor Edward Mitchell assigned it to one of his top writers, Francis P. Church.

Church was an unlikely candidate for the task. Trained as a lawyer he began his career as a Civil War correspondent for the New York Times. Later he cofounded several publications with his brother before joining the Sun in 1874. Known for tackling controversial issues, especially those involving politics and religion, his normal turf was anything but the children’s beat.

According to Mitchell, Church initially “pooh-poohed” the idea of writing about Santa. Eventually he returned to his desk and began to write.5

And write he did, producing in a day the most frequently reprinted editorial in the English language. In brief he said:

“Virginia, your little friends are wrong. They have been affected by the skepticism of a skeptical age. They do not believe except they see …

“Yes, Virginia, there is a Santa Claus. He exists as certainly as love and generosity and devotion exist, and you know that they abound and give to your life its highest beauty and joy …

You can read the full text here.

Neither Church nor the Sun considered this piece notable. It was buried alongside long forgotten articles about British ships and chainless bicycles.

The Legacy. Virginia’s letter and Church’s response were published September 21, 1897. That afternoon, Virginia’s dad got a call from a friend: Virginia’s famous, he said, she’s in the Sun. Virginia’s dad raced out and bought as many papers as he could carry.

Church’s article was unsigned as were all other Sun editorials. He never met Virginia and his authorship was revealed only after his death in 1906.

Yes Virginia was an immediate hit, but the Sun repeatedly declined requests to reprint it. Finally it relented and printed it in 1902. Starting in 1920s, the Sun published Yes Virginia every year until the paper folded in 1950.

Virginia earned a PhD and spent 47 years as a teacher and principal in the New York City public schools. Her letter made her a celebrity and she used her fame to serve as Santa’s ambassador to the children of America. Every year she diligently answered letters about Santa and read the Sun editorial to student groups.7 Her grandchildren continue the tradition to this day.

So another year is now ending and the holidays are upon us again. May they bring joy and happiness to you and yours — and may Yes Virginia remind us that what matters can’t be wrapped with a bow, but lives in the heart.