Reads like the DaVinci Code, but the story is true. It begins when Christiane Schaefer receives a coded book as a gift from an expert on ancient writings. Unable to decipher it, she puts the book aside. 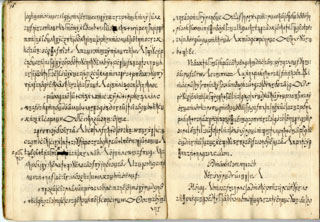 Then Schaefer and her boss applied their knowledge of European languages and history. Schaefer’s boss guessed that one symbol, previously believed to be a lip, represented a human eye. That was the key, leading to the translation of Schaefer’s book and others written in the same code.

Thus decoded, the book describes an initiation rite of the Great Enlightened Society of Oculists, eighteenth century pioneers in ophthalmology who performed cataract surgery. But on further analysis, the researchers began to believe that the Oculists was a secret society, involved with Freemasonry, and that ophthalmology was just a cover. The problem is the translated text can be read at many levels, so that its literal translation may not reveal its true meaning. Thus its inner secrets are still preserved, at least for now.

The entire story, including a video interview with Knight and samples of the code, are on the Wired Magazine web site. A shorter account appeared in the New York Times. Knight, Megyesi and Schaefer have created a web site from which you can download source materials.