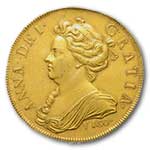 So what did Sir Isaac Newton do when he wasn’t inventing calculus, figuring out gravity, explaining the laws of motion or devising the color wheel? Well naturally he went on London pub crawls pursuing criminals. That’s right, Isaac Newton, the genius whose portrait hung above Einstein’s desk, was also one of seventeenth century England’s top crime fighters.

Newton at the Mint. English coinage was in disarray at the end of the seventeenth century. Counterfeiting was rampant, in part because real coins were hard to find, they were being sold overseas for their metal content. Royal officials sought advice from the brightest minds in the country, including Isaac Newton.

This association led to Newton’s appointment as Warden of the Mint in 1696. It was supposed to be a no-show job with a nice paycheck. But Newton thrived on challenges and brought his laser-like focus and mathematical precision to the job. Expecting things to stay the same with Newton on the scene would be like hiring Steve Jobs to improve the telephone and expecting a better rotary dial. 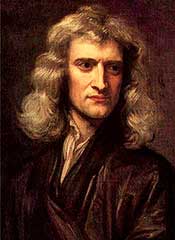 The problem of undervalued coins was solved by reminting them so their metal content was worth the same as their monetary value. It was a huge task. Branch mints were opened and between 1696 and 1698 more coins were produced than in the previous 35 years.

Newton’s Nemesis. Newton attacked counterfeiting with his usual zeal. He introduced technical changes that made coins more difficult to copy. For those who still tried, he revived the traditional punishment of death by hanging, drawing and quartering. These measures were enough to deter most, but not master criminal Thomas Chaloner.

Chaloner’s criminal exploits had brought him great wealth and he lived as a gentleman in Knightsbridge. Shortly before Newton's appointment to the Mint, Chaloner wrote to Royal officials claiming that Mint insiders had sold copies of coin-making casts to counterfeiters (Chaloner had bought some). His goal was to be put in charge of Mint operations himself — the perfect place for a counterfeiter. 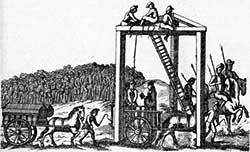 Newton set out to end Chaloner's career. For several years they parried, Newton having Chaloner arrested and Chaloner at one point convincing Parliament that Newton was the culprit.

There were no police detectives in 1690s London, so Newton conducted his own investigation. He developed a network of underworld informants, sometimes obtaining cooperation by offering the possibility of escaping a death penalty. He worked undercover in London’s pubs to catch gossip and eavesdrop. He leaned on the wives and mistresses of Chaloner’s criminal associates. In one case he got the testimony of the wife of a witness Chaloner had bribed to leave the country.

Eventually Newton built an air-tight case. Chaloner was hanged at Tyburn in March 1699. Shortly thereafter Newton was given the top job at the Mint, which he held until his death in 1727.4

So much for the idea that Newton was just a milquetoast Cambridge professor.