We have all been frustrated by indifferent “customer service” agents and endless telephone chains. So it’s nice to see how some have pierced corporate defenses to make their voices heard. 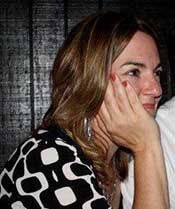 Call the CEO’s Mom. Comcast routinely ranks near the bottom of customer satisfaction surveys, so few will be surprised to learn that Diana and Jason Airoldi had 14 service hook-up appointments cancelled or missed in six weeks. Frustrated they contacted Philadelphia Daily News reporter, Ronnie Polaneczky.

Polaneczky knew she needed to go straight to the top — not Comcast CEO Brian Roberts — he probably is well-versed in the art of deflecting customer complaints — but the one person even a CEO can’t ignore, his mother. Having obtained mom’s phone number from an “inside source,” Polaneczky made the call. The next morning two Comcast trucks and a supervisor showed up and installed internet and cable service at the Airoldi home.2 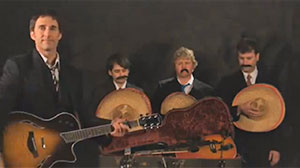 After nine months of wrangling, United refused compen­sation saying Carroll’s formal claim had not been filed on time. Carroll wrote a song about his ordeal, United Breaks Guitars, and posted it on YouTube.

Carroll’s goal was one million YouTube views. It reached 300 by morning the first day. Then the L.A. Times got the story; that night CNN gave it 2 minutes on Wolf Blitzer’s Situation Room. The view count topped two million by week’s end.

Carroll declined United’s belated offer of compensation and asked that the money be donated to charity. He has testified before a Congressional panel on airline passenger rights. His story is a case study at Harvard Business School.

United, however, still has work to do. A recent survey of eight airlines shows United dead last in five of eight service categories; although for baggage problems they ranked only second worst.4

Take, for example, the 1750 B.C. clay tablet on display at the British Museum. The writer complains that a supplier wouldn’t return his money after he refused to accept inferior copper ingots:

“I have sent as messengers gentlemen like ourselves to collect the bag with my money (deposited with you) but you have treated me with contempt by sending them back to me empty-handed several times, and that through enemy territory.”

We don’t know the other side of the story, but given the life span of Middle Eastern disputes, the parties’ descendants may still be arguing. 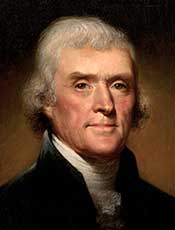 Probably the most famous complaint letter of all time was written by Thomas Jefferson: The Declaration of Indepen­dence. Granted it begins with noble thoughts — “we hold these truths to be self-evident” — but quickly turns to a list of 27 specific grievances against the King. And it seems the royal customer service team was no better than Comcast’s or United’s, for Jefferson notes that “We have Petitioned for Redress in the most humble terms: Our repeated Petitions have been answered only by repeated injury.”

Unfortunately King George’s mother wasn’t around in 1776. Otherwise the Continental Congress could have written to her and, who knows, we might be singing God Save the Queen and not The Star Spangled Banner on Opening Day.