How Did Google Get Its Name;
What Does It Mean?

Everyone knows Google, the word is even in some dictionaries. But what does it mean and how did it become the search engine company’s name?

The search engine was originally called "BackRub,"1 since it ranked sites in part by the number of backlinks. When the founders decided to build a company, they felt this name wouldn't catch on and looked for one that would suggest the massive scale of their undertaking — to organize the world’s information.

A "googol" is a really, really big number, 1 followed by 100 zeros. Someone ran a search to see whether the word was available as a domain name, but spelled it "Google." That name was available and they took it. Just as well since the proper spelling, "Googol," already belonged to someone else.2 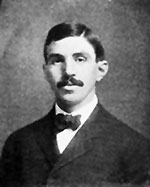 The word "googol" was invented by nine-year old Milton Sirotta when his uncle, mathematician Edward Kasner, asked him for a name for a very big number. Milton also volunteered a name for an even larger number, googolplex, which is 1 followed by a googol zeros. Kasner used these terms in his book Mathematics and the Imagination to explain the concept of infinity. Google’s corporate headquarters is called the Googleplex.

Think big and you just may end up that way. It certainly worked for Google.