Boston has long been an engine of innovation. For nearly four centuries it has been home to people willing to challenge the norm and forge new paths. One area of leadership has been development of the law.

Oldest Living Written Constitution. We take written constitutions for granted. But they are largely an American innovation — one with deep Boston roots. 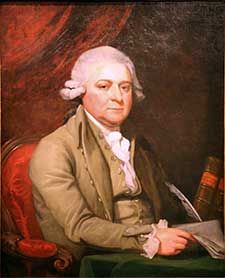 Upon separation from Britain the newly independent states had to form their own governments. Massachusetts’ first attempt failed when voters rejected a 1778 legislative proposal that did not provide for separation of powers or a bill of rights.

The legislature then followed a suggestion John Adams had made several years earlier and called a constitutional convention. The convention asked Adams to prepare a draft. His submission provided for separate executive, legislative and judicial branches and a bill of rights. The proposal was approved by two-thirds of the voters and took effect in 1780.

This was the last of the original 13 state constitutions to be enacted, but it is the only one still in effect. It served as a model for the U.S. Constitution and is the oldest continuously operative written constitution in the world. It is also the first ever created by a constitutional convention.2

End to Slavery. The 1780 constitution’s Declaration of Rights begins:

“All men are born free and equal, and have certain natural, essential, and unalienable rights …”3

Noble words, but much more. Within a few years they led to the abolition of slavery in Massachusetts — leading the nation.4 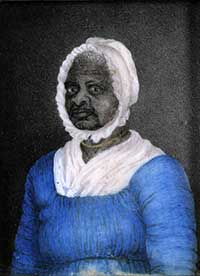 The issue arose when Mum Bett sued John Ashley for her freedom. Her attorney argued that slavery was inconsistent with the constitution’s “born free and equal” language. The court agreed and granted Bett her liberty.

Jennison was then charged with criminal assault and battery. Chief Justice Cushing stated that whatever the practice and law had been before independence “a different idea has taken place with the people of America, more favorable to the natural rights of mankind.” Citing the “free and equal” language Cushing concluded “the idea of slavery is inconsistent with our own conduct and Constitution.”6

Massachusetts was the only state to report no slave population in the 1790 federal census.

Prudent Man Rule. Mundane alongside fundamental law and human liberty, the “Prudent Man” rule governs the conduct of fiduciaries. It was first articulated in Boston in 1830.

Harvard and Massachusetts General Hospital sued Francis Amory as beneficiaries of a trust, claiming the value of their interests had been reduced by Amory’s speculative and negligent investments. The court held that as a trustee Amory’s obligation was to:

“conduct himself faithfully and exercise a sound discretion. He is to observe how men of prudence, discretion and intelligence manage their own affairs …”7

If you invest directly, or through an IRA, 401(k) or pension plan, this is the principle that prescribes the bank or broker’s obligations to you. The Amory case has been cited by state and federal courts throughout the land as well as legislative and regulatory bodies. 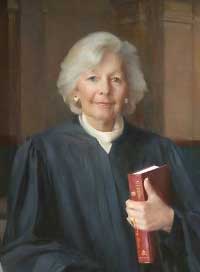 Marriage Equality. A journey of a thousand miles starts with a single step. So it must have seemed when attorneys for GLAD walked into Superior Court in April 2001 to sue the Massachusetts Department of Health for failure to issue marriage licenses to gay and lesbian couples. The case was dismissed.

They appealed. On November 18, 2003 the Supreme Judicial Court ruled that the equal protection and due process clauses of the Massachusetts Constitution prohibit the state from denying civil marriage to same-sex couples.9

Goodridge launched a debate that rippled through the courts and legislatures of every state. It ended in June 2015 when the U.S. Supreme Court, quoting Goodridge twice, held that same-sex couples have a Constitutionally protected right to marry.10

In coming months we’ll look at Boston’s contributions in other fields.