How Did People Get By Before Computers?

Everyone seems to be staring at digital screens these days — some for on-line banking, others for shopping lists on smartphones or writing to grandma. A few appear so transfixed one would think they were receiving the word of God. Others act as though nothing worthwhile can occur outside the digital realm. Perhaps it’s time to look at the the millennia of human achievement that predate computers. 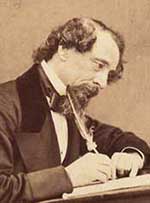 Literature and Art. Today writers have spell-check and editing is as easy as cut and paste. In earlier times authors had to make do with quill pens, yet the words of the Declaration of Independence, U.S. Constitution and plays of Shakespeare still speak to us across the ages. Digital gets the nod for efficiency, but perhaps the slower pace of writing by hand lets people pay closer attention to what they want to say.1

Likewise Michelangelo, Rubens, Monet and Van Gogh didn’t have Photoshop or digital cameras; they drew and painted line by line and stroke by stroke. But the genius of their work lies in inspiration and imagination, not the tools used in execution.

Engineering. But could we build mile-high buildings without computers?3 Perhaps not, although Frank Lloyd Wright designed one in 1957.4 But the ability to build taller structures today comes largely from improvements in building materials and structural design, not increased computing power.5

For 3800 years the Great Pyramids at Giza were the tallest man-made structures on Earth. Built without CAD, lasers, or even magnetic compasses, their sides are almost perfectly square and aligned precisely along North-South, East-West axes.6 And it’s not likely any of today’s computer-designed skyscrapers will be around 4500 from now. 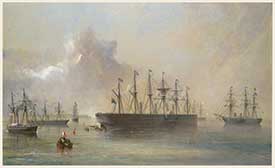 Or consider the trans-Atlantic telegraph cable, a technological marvel of the nineteenth century. Without it news used to take ten days or more to cross the ocean. Success required several tries — once the cable broke three-quarters of the way across. After completing the next voyage successfully, the cable ship returned to the site of the lost cable, retrieved it from a depth of 16,000 feet and returned to Canada to complete a second working line.8

Exploration. Voyages to exotic places have always captured our imagination. Land, sea and air navigation today all rely on satellites and computers.

But generations of Polynesian sailors found their way across thousands of miles of open ocean using navigational techniques passed orally from person to person. Captain Cook’s ship was guided 300 miles to a remote island by a Polynesian navigator.9 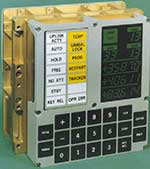 And perhaps the greatest human voyages of all time, the Apollo Moon landings, were made without what we would consider to be substantial computing power. The Apollo Guidance Computer had 64K of memory and its software was hard-wired into the machine. Input was through buttons for the ten digits and specific functions and output through a numeric display. When equipment failure threatened Apollo 13, astronauts and ground crew performed manual calculations in case computers couldn’t complete the work in time.

Are There Things We Couldn't Do Without Computers? Of course. Just as spaceships and submarines let us go places we couldn't otherwise, computers are power tolls that extend our reach. For example, it requires supercomputers to process the quantities of data needed to try to discover which parts of the genetic code may cause certain types of cancer11 and the vast quantities of data gathered by large radio telescopes.12 But it is human intellect that designs those experiments and analyzes their results, computers simply crunch the numbers.

What is certain is that today’s technological marvels will become tomorrow's museum pieces — human intellect and creativity will have created better things, perhaps aided by computers. In the end what counts is actual and not virtual reality. And by the way, the letters B.C. following a date don’t mean Before Computers.